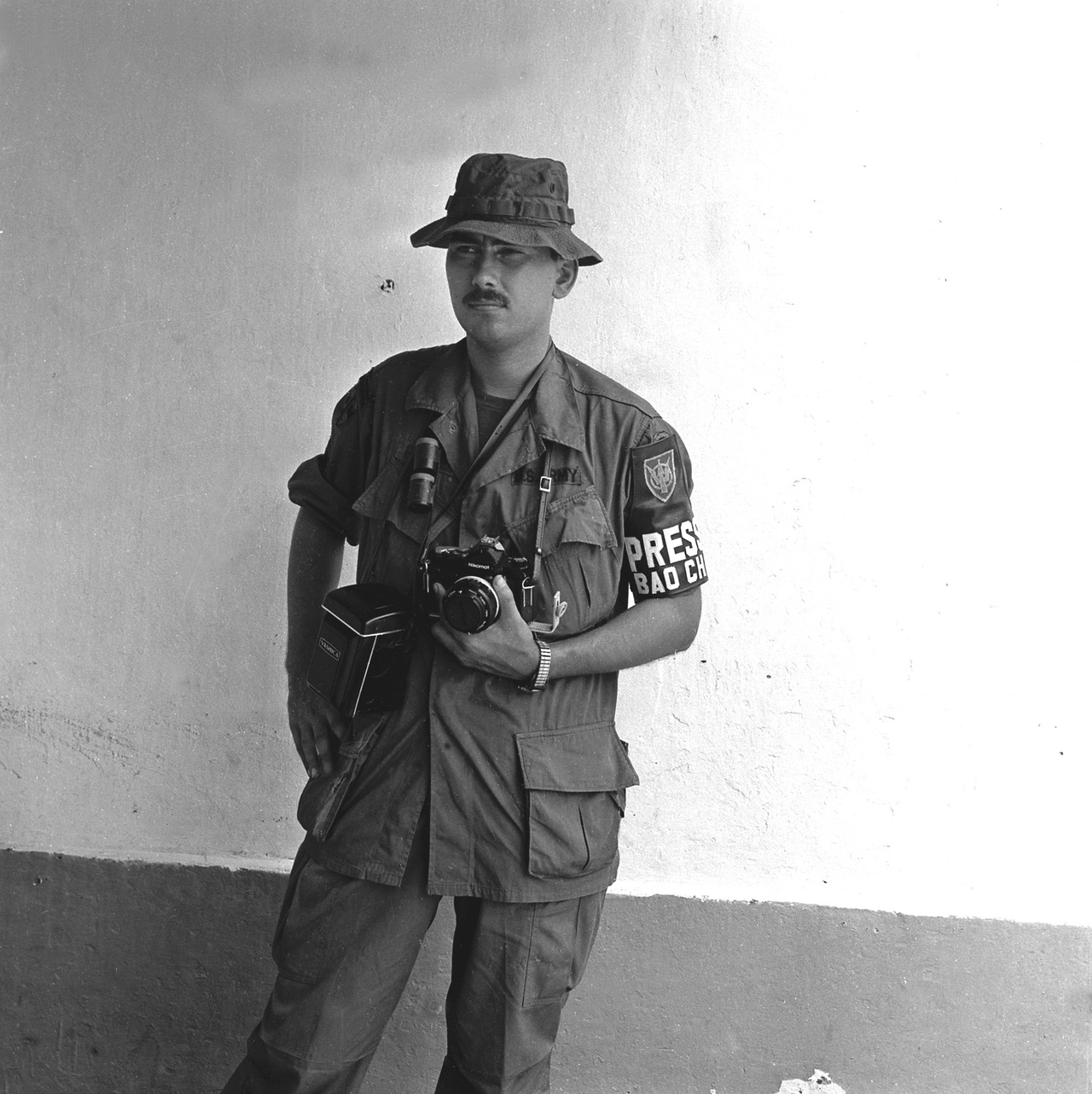 My letter today is sent to pose a question, ask for your advice, and introduce myself as a writer interested in participating in your 2016 “Authors On The Move” gala next year.

By all measures of time, I seemed to have missed the boat for the 2015 program, but not to worry since my books and writing have only recently started to build steam in distribution, favorable reviews, and awards for the caliber of my work.

In short then, the question is this: “How does one get selected, what criterion makes one eligible to participate, and as an older “newby”, would your group be interested in what I do?” (Long winded, aren’t I?).

Rather than beat around the bush, I have produced a really fine “hybrid” short-story collection entitled, “NIGHT FLARES: Six Tales of the Vietnam War”. The book itself combines six powerful extended-length fiction stories together with a non-fiction Prelude, that maps out the era, the politics, the social upheaval, the confused foreign policy, and the personal struggles of those drawn into the war, both at home and abroad.

A second non-fiction feature of the book, Aftermath, is a detailed look at every major event, battle, personality, strategy, and result of US involvement in an Asian guerilla war during the period 1964-1975.

Why is any of this of interest to you and your Foundation? I photographed and covered the war for two years (1968-1969) as a combat-photographer and military journalist, who witnessed every event mentioned in each of the six stories. What came out of that experience were 18 stories that I whittled down to six, and revised for nearly eight years. Every story in this volume is the gritty, intense, personal tale of hardship, courage, terror, and dedicated service to this great nation during a tormented social, political, and confused military era.

No one has told the story of those men who fought, suffered, were wounded or died, or perhaps came home to derision, scorn, isolation, and anguish that many heaped on them. Night Flares tells their story.

Jill Stockinger, a Branch Supervisor in the Rancho Cordova Branch of the Sacramento Public Library, was so moved by NIGHT FLARES that she insisted we schedule a “Meet the Author” program in May 2015, along with my participation in the Local Author’s Book Festival in April 2015, and a series of “Meet the Author” programs in many of your 31 Branches throughout June, July, August, and maybe even September of 2015.

Since starting on NIGHT FLARES, I have produced and printed a fictional action-adventure novel set in the Caribbean, where an American offshore banker tangles with a ruthless gun-runner who wants to kill him and take control of his $650 million ‘plaque bank’. CRAB LOUIE, has the undercurrent of a American-born British Royal Marine who fought and was wounded in the Falkland Islands war of 1983.

Here too, many of the elements of men struggling to maintain their lives in aftermath, play out in a fun-filled adventure with love affairs, multiple sleazy evil villains, gunfights, explosions, even an intense firefight on a championship-level golf course on Antigua, leading to an intriguing sea chase in the North Atlantic.

The Military Writer’s Society of America awarded The Bronze Medal to NIGHT FLARES, and an Honorable Mention to CRAB LOUIE during two successive years, “...for excellence in writing and storytelling.”

Well, these two books are the work template for CRAB LOUIE DEUX, book two of Jonathan and Elaine’s island adventures.

And a murder mystery is already in progress, set in Saigon at the beginning of the Tet Offensive of 1968.

I am working on a revised version of, “India as Advocate: The Role of a Non-Aligned State in the Settlement of the Korean War”, an update of my 272 page Master’s degree thesis from California State University, Sacramento. The thesis is often cited in Korean political and historical textbooks.

My own personal background in Sacramento goes back to 1970 when I began work as a print news reporter for ten years on newspapers including The Sacramento Bee. I also finished a BA together with an MA during that time period.

My second career blossomed in 1980 when I married the love of my life, and spent the next 29 years as a Registered Investment Advisor in Investment Securities for firms including Merrill Lynch, Sacramento; and Dean Witter Reynolds; and Private ledger Financial Services.

The final chapter of my work life was that of a Securities Exam Trainer and Instructor, and an Adjunct Faculty Member (in US History: 1945 to the Present; and The Presidency/Political Science) at private and public universities including The University of Phoenix, Sacramento, and California State University, Sacramento, for 15 years.

Thus, and finally, I would be honored to be selected to participate in the “Authors On The Move” program, since now retired, I continue to scribble away on books and stories each day.

I know that my candidacy to be invited is a ‘longshot’, but as the rest of my life has been that of ‘late bloomer’ who gets to the finish line in the closing seconds at Churchill Downs, I will do my best to produce work that brings great credit to The Sacramento Library Foundation’s gala literary event of the year.


Thank you in advance for reading this letter, and for careful review of my credentials. I have been writing for more than 50 years and never tire of another library book that whisks me away to another time, another place, different people and events, that enrich me, and all who read what I write.

Pacholik, who served 22 months in Vietnam (1968-69), as an Army photographer/journalist, released “NIGHT FLARES: Six Tales of the Vietnam War” on 11 December 2014, the 45th anniversary of his Honorable Discharge from the U.S. Army.

According to the Carmichael, CA. resident, these six fictionalized stories, based on first-person accounts, together with a detailed “Prelude” and a historically accurate “Aftermath” map out important facts about a soldier’s “Tour of Duty” in the war zone, and deepen our understanding of the personal sacrifices the men paid, who served there.

“Aftermath,” the third element in this important short story collection/commentary, spells out significant details about the military, political, and social movements of the times. The personalities, the battles, and the Presidential policies that unfolded between 1964-1975, are a stark reminder of the importance of this conflict. And a warning about our future.

“The stories and history are as accurate as I can make them,” Pacholik said, weaving his nearly 35 year-long study of the conflict, together with his own personal combat experiences.

“I wrote the book to give readers an intimate glimpse into the lives of soldiers/sailors/airmen/marines/and coast guardsmen who served there. I also recorded their stories to honor their sacrifice, and present important turning points that too often get

lost in the emotions of the era,” the former Chicago resident said.

“Prelude” sets the stage for the first of the stories, “The Great Cong Ly Grand Prix”, a farcical look at two enlisted men prowling the seedy streets of Saigon late at night on February 2, 1968, as the Tet Offensive engulfs the city and the country in all-out urban warfare, and the terrible struggle that will follow.

Story #2 in the series, “So I Says to him, Jack”, is a far more bruising, close-up look at the wreckage and human costs of guerilla warfare and ‘set-piece’ battles in the early days of February 1968.

Story #3, “A Killing on Bui Vien Street” tells the personal and intense tale of urban warfare 44 days before the 1968 Tet Offensive was unleashed on South Vietnam.

“If you have ever been really afraid, this story will speak to you in ways you may not even be able to articulate”, Pacholik said, reliving his own personal experiences in the jungle, in the urban combat of Saigon/Cholon during May 1968, on the ground in the ‘hot’ LZs (Landing Zones) of the Au Shau Valley , and in Fire Support Bases across South Vietnam.

“dappled light” the fourth offering in the book takes you inside the poetic mind of a young infantryman who cannot stop reliving the sights, the sounds, the smells, the feel of close-quarter combat, years after he returns from the war.

Story #5, “Felicity Under Glass” highlights the struggles of a disjointed family dealing with the aftermath of war, “back in the world.”

Roll the tape 35 years forward, and you are thrown into the maelstrom of “My Country Tis,…” the deliberations of a criminal court’s jury trying to deliver justice in a murder trial in California.

As with the other stories, impressions and distant memories of war creep into even this isolated corner of our society.

The concluding segment of NIGHT FLARES, “Aftermath,” is a 28 page-long, historically-accurate, condensation of the events, the policies, and the personalities of those who orchestrated and controlled the war, with an emphasis on key decisions and waypoints we can take from this most painful moment in American military history.

“Forty-five years after those searing images of Vietnam flashed across our TV screens, Vietnam’s legacy of misguided intentions, deception, and human loss still haunt us,” the 67 year-old author said.

“If we learned anything from our past, it is that the bruising lessons of war get repeated on each new generation, regardless of geography, politics, or good intentions,”Pacholik added. “If we fail to understand our mistakes, or how to guard against repeating them, our future and our past become one,” he concluded.

NIGHT FLARES is available in paperback and ‘e-book’ forms on Amazon.com and KoboBooks.com, for smartphones, reading devices, tablets, and PCs.