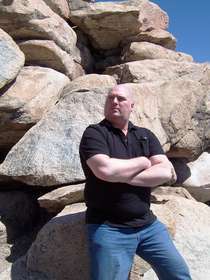 On May 11, 1995, at 30, Roy’s life was irrevocably changed. After walking into the hospital, he was admitted and later received a sobering and life changing diagnosis – Primary Progressive Multiple Sclerosis. His doctors gave him two years to live, and he left the hospital in a wheelchair. Roy, not one for giving up, and having a, then, three-year-old daughter and an 11-year-old son, went immediately into human subjects research at UCLA and spent 12 years (1995–2007) as a human research subject. His experience gave him a unique look behind the scenes of medicine and the processes that are required to get drugs through the research chain, from the animal research phase to using those drugs in humans in clinical trials, and, if successful, on to the FDA for approval. Roy participated in four major experimental drug trials, and one of those ended up giving him thyroid cancer, which was diagnosed in January 2001.

Life as a Survivor

Roy is a proud cancer survivor and has refused to let MS define his life. His dedication to his work and to human subject research both inspired his writing as well as showed the real human condition when laid bare. As an author, Roy A. Teel Jr. is very diverse, and his works include both fiction and nonfiction. He earned his bachelor’s degree in Ministerial Studies through Berean University of the Assemblies of God then went on to earn doctorates of Divinity and Biblical Studies through ULC Ministries.

Roy’s first nonfiction book,The Way, The Truth, and The Lies: How the Gospels Mislead Christians about Jesus’ True Message, was published in 2005 and is taught in both religious and secular universities in the U.S. and abroad. Against The Grain: The American Mega-Church and its Culture of Control was published in 2008. This second book reveals the unflattering true faces of the “Goliaths of God” and shows religion and churches for what they really are – businesses – very, very lucrative and influential businesses involved in many facets of American society.

In 2008, Roy published a collection of short stories titled, Light of Darkness: Dialogues in Death. These collected stories were inspired by both his difficult and troubled childhood as well as his years in clinical trials. He met and knew many people, many whom lost the battle due to natural causes, or in some cases, by their own hand, that he felt compelled to fictionalize and share their stories.

In 2013, Roy released his first novel, And God Laughed, a neoplatonic dialogue between one man and God. Although now a secular humanist, Roy believes in God but rejects all religions as man’s folly and wrote a fictional narrative about a relationship with God outside of religion. Roy is currently writing two novels addressing life, death and possible alternatives to an afterlife for release in 2020. "A Lesser Heaven" and "Three Hundred Days."

In 2014, Roy began publishing his latest and largest project – a 40-book geographically-centered hard boiled, mystery, suspense, thriller crime series: "The Iron Eagle Series." Roy averages to write a full length novel every six weeks, and releases four novels in the series per year. The series is currently written through December 5, 2022. The main character, a former Marine Corps Black Operative turned rogue FBI agent, hunts the worst of the worst criminals in Los Angeles. Each novel addresses different subjects, and while fiction, all titles deal with real world subject matter. "The Iron Eagle Series" is not about things that can’t hurt you. What happens in these novels can happen to any one of us if we let our guard down and/or are in the wrong place at the wrong time.

Life as an Author

After battling Multiple Sclerosis for nearly 16 years, Roy began devoting his energies and passions to the full-time art of storytelling. Although he is no longer able to work in a high stress executive environment, his life has taken on a new mission: to inform and entertain. His disability has brought with it an unforeseen blessing. He can finally take medications to alleviate some of the pain from his MS and focus on the pleasures of character creation and the joys of putting words to paper. 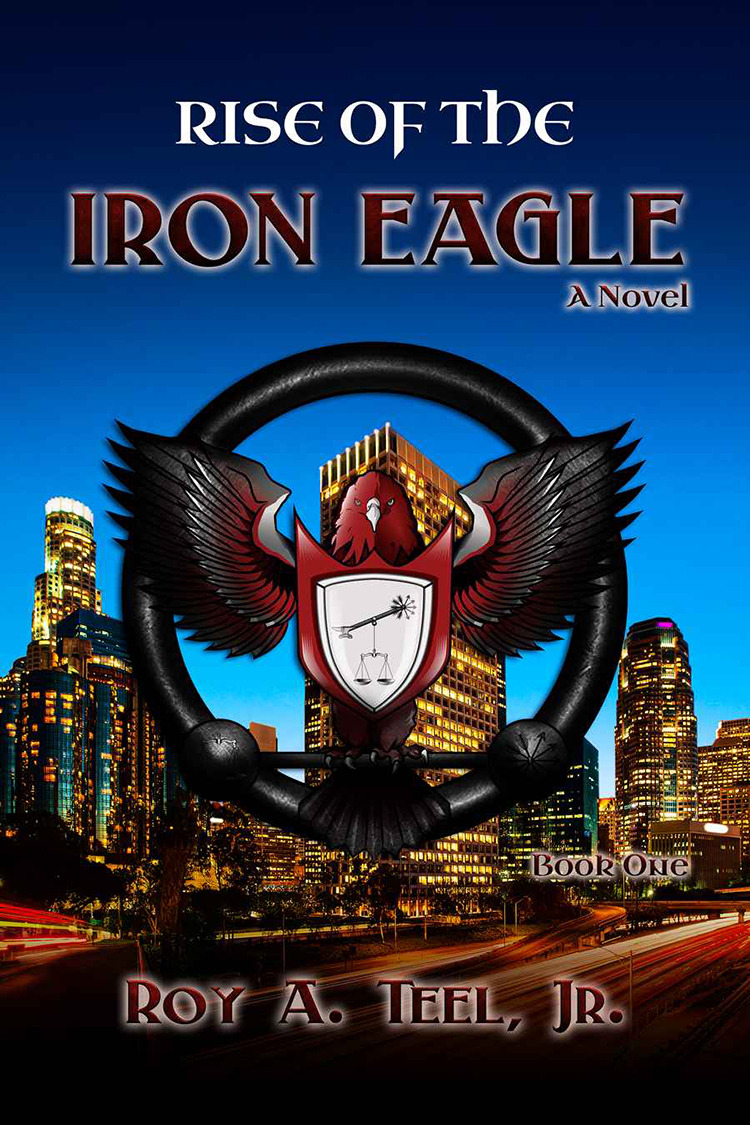 Justice has evolved! When justice feels unjust, it’s hardly fair for a savage, merciless, killer to live a long life on death row. “Rise of the Iron Eagle: The Iron Eagle Series Book One” in the Los Angeles based thirty novel Iron Eagle Series gives readers a surprising anti-hero in the form of a vigilante killer. While the guilty beg his mercy, the Eagle extracts justice for the victims of these animals, when the Eagle finally allows death to take his prey he ends them with these final chilling words, "May God NOT have mercy on your soul."

Los Angeles County Sheriff’s Homicide Detective Jim O’Brian and FBI Profiler Special Agent Steve Hoffman are hunting for a brutal serial killer; however, this case defies the profiling rules both men have been trained to detect. “The Iron Eagle” appears to only hunt and capture serial killers. Time is of the essence as with each passing day “The Eagle” gets more brazen. The deeper O’Brian and Hoffman dig into profiling the killer, the more they realize that this is more than a race against time – it’s a race laden with the realization that the killer may be one of their own.

From the inside flap:

The city of Los Angeles is no stranger to violence. It has both a colorful and grotesque history with it. Sheriff’s Homicide Detective Jim O’Brian and FBI Profiler Special Agent Steve Hoffman are also no strangers to the violence of the sprawling metropolis, but in the past decade something has changed. There’s a serial killer preying on other serial killers – some known by law enforcement, others well off radar. “The Iron Eagle,” a vigilante, extracts vengeance for the victims of Los Angeles’ serial killers. His methods are meticulous and his killings brutal. With each passing day, “The Iron Eagle” moves with impunity through the streets of Los Angeles in search of his prey. O’Brian and Hoffman create an elite task force with the sole purpose of catching “The Eagle” and bringing him to justice. But the deeper they delve, the more apparent it is that he may very well be one of their own. As the two men stare into the abyss of their search, the eyes of “The Iron Eagle” stare back.

***Content Warning: While the Iron Eagle Series can be read out of order as a stand-alone book the reader should be advised that backgrounds and details of the characters may be confusing if readers choose to do so. The Iron Eagle Crime novel series contains mature subject matter, graphic violence, sexual content, language, torture and other scenes that may be disturbing to sensitive readers. This series is not intended for anyone under the age of eighteen, reader discretion is advised.***

Evil and the Details: The Iron Eagle Series Book Two

Against The Grain: The American Mega-Church and Its Culture of Control

A Model for Murder: The Iron Eagle Series Book Five

And God Laughed, A Novel

The Way, The Truth, and The Lies: How the Gospels Mislead Christians about Jesus' True Message