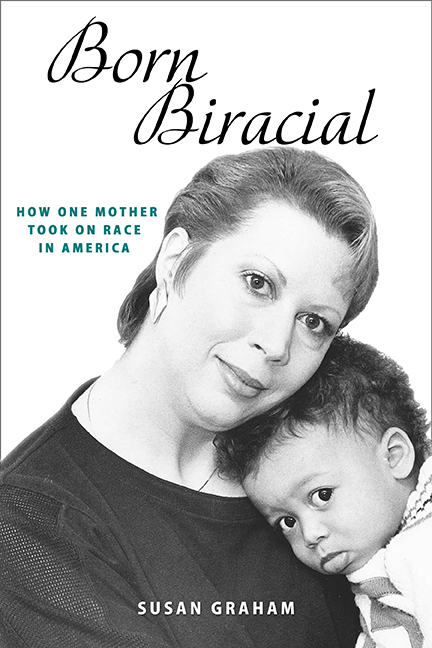 Susan Graham is a published writer and communications consultant. Her forthcoming memoir is BORN BIRACIAL: HOW ONE MOTHER TOOK ON RACE IN AMERICA. She has been published in The New York Times, The Chicago Tribune, The Atlanta Journal-Constitution, The Orlando Sentinel and in other major newspapers and magazines. Susan was also published in two popular textbook anthologies, The Multiracial Experience: Racial Borders as the New Frontier and American Mixed Race: The Culture of Microdiversity.

Susan Graham is the president and executive director of Project RACE (Reclassify All Children Equally); she founded the international organization in 1990. Susan’s expertise is in race/ethnicity and public policy. An advocate for civil rights, she has testified before congressional committees in Washington, at their request, and has been published numerous times in the Congressional Record, the official record of the proceedings and debates of the U.S. Congress.

Susan’s community involvement includes the Board of Directors of the YWCA of Cobb County, Georgia; Board of Directors, Raising a Healthy Child, Tallahassee, Florida; Be the Match (with City of Hope); the National Multicultural Institute, Washington, DC, presenter and panel participant (aired on C-Span); California Teachers Association, Equity and Human Rights Presenter; City of Los Banos General Steering Committee; The Carter Center, Atlanta Georgia; and others.

Susan has two adult children. She is married to Portuguese-American poet Sam Pereira. They live in California’s Central Valley with their rescue dog, Marley.

Born Biracial: How One Mother Took on Race in America