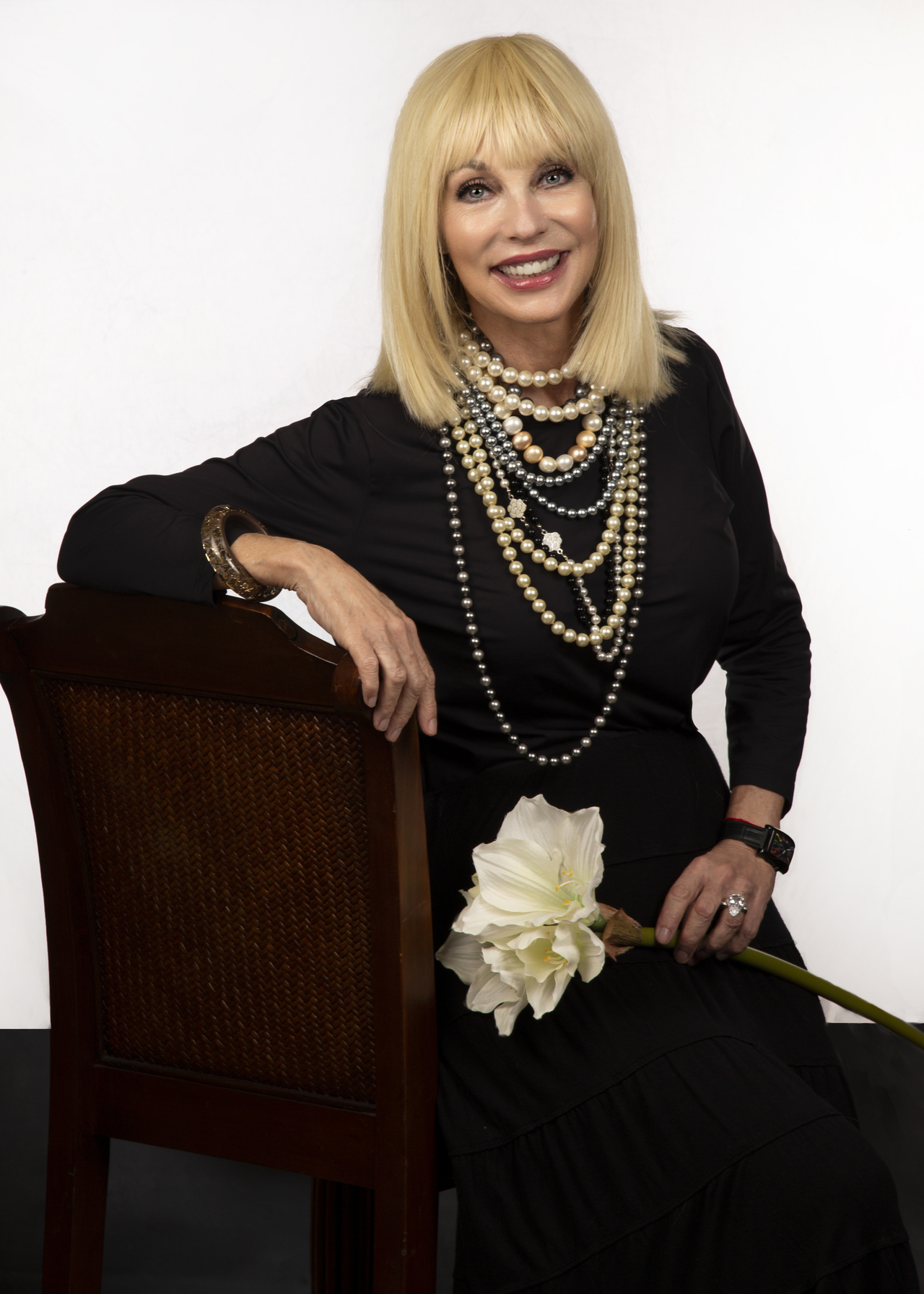 Award-winning published author TJ Fisher is a recognized social critic and influencer, a trendsetter and tastemaker.

We All Dream in Gold is her current project.

A former journalist and columnist, her nonfiction and fiction works include: Orléans Embrace and The Secret Gardens of the Vieux Carré, Hearsay from Heaven and Hades: New Orleans Secrets of Sinners and Saints, Vieux Carré Chic: The Art of Overindulgent Décor, The Pearly Gates of Purgatory Series — Baby Doll Gombo, Flambeau, Zin-Zin, Peristyle, Mascarade, Société, Procession.

A native Floridian and unique 35-yr Town of Palm Beach ("the Island") beach-block resident, with an 1850s French Quarter second home located on Bourbon Street, her homes have been celebrated and fêted by the media.

TJ is noted for her 1959 pink Cadillac Convertible named Lulabell.

Southern Author TJ, self-admittedly as irreparably complex, flawed and charismatic as her characters, is a colorful storyteller. A complex character of dichotomy…with seeming contradictions…all her virtues collide and coexist with her faults. It’s complicated but never boring.

Hearsay from Heaven and Hades: New Orleans Secrets of Sinners and Saints

Orléans Embrace with The Secret Gardens of the Vieux Carré