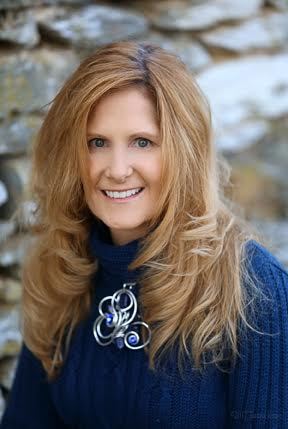 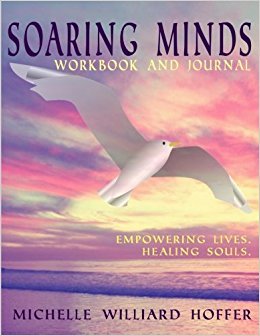 Michelle was married for nearly 30 years to an abusive husband who had affairs. After one particularly bad beating, Michelle could not see tomorrow. Things seems to be too dark. She was scared and felt alone. She decided she wanted to be with her friend who had died a few years earlier, so Michelle set forth in ending her life. She began waking up three days later in the hospital. She was not happy. Michelle's husband asked for forgiveness in an effort to keep her quiet while in the hospital. Five days after her release, Easter morning, he told her he was leaving her. More beatings followed. He ultimately emptied their bank account to 19 cents when he left her for his married mistress coworker. Michelle was left with 19 cents, no clothing, no home, and with PTSD. She was a shell of a person.
In Soaring Minds Workbook and Journal, Michelle shares her story of how she was conditioned by her abusive husband, and went from suicide to soaring. Michelle created worksheets to inspire and find the joy from within.
In a time when women are finally speaking up against their abusers, this book couldn't have come at a better time.