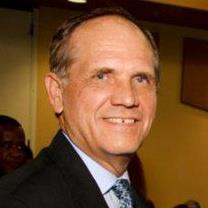 David Shestokas earned his B.A. in Political Science from Bradley University in 1975 and his Juris Doctor from The John Marshall Law School, cum laude, in June of 1987 having served on The John Marshall Law Review. He studied comparative law at Trinity College in Dublin, Ireland.
Mr. Shestokas has been admitted to practice law by the Illinois Supreme Court, the US District Court for the Northern District of Illinois, the Supreme Court of Florida, and the US District Court for the Middle District of Florida.
He has also served as Assistant State’s Attorney for the Cook County State’s Attorney’s Office, from 1994 to 1998. As a prosecutor he appeared in court in over 10,000 criminal cases and worked on the Felony Review Unit, participating in police investigations and making charging decisions in over 400 felony cases.
In 1990 he was the Republican nominee for United States Congress in the then 5th Congressional District of Illinois.
From 2013 to 2015 he hosted Constitutionally Speaking, broadcast on WGUF in Naples, FL and on America’s Talk Radio Network from its Tampa studios
David Shestokas is the author of Constitutional Sound Bites, self-published in 2015. The book contains over 150 question and answer entries, conveying the philosophy, organization and purpose of America's Founding Documents. The book brings home the fact that our heritage is not liberal nor conservative, Republican nor Democrat but American.
He is also the author of Creating the Declaration of Independence which takes you into the minds of Richard Henry Lee, John Adams and Thomas Jefferson in the weeks before July 4, 1776.
Shestokas’ website, Constitutional and Legal Education and News has a monthly readership of 30,000. Since his time on the radio Shestokas has been a frequent commentator on radio stations across the country on legal and constitutional issues of the day. He has been a guest of CL Bryant, Rick Salcedo, Kate Dalley, Bill Martinez, and many more.
Due to his books, website and radio presence he has a significant social media following with over 5,300 LinkedIn connections, nearly 5,000 Facebook Friends, a Twitter followers of over 118,000 for @shestokas, over 77,000 for @Dave4FtMyers, 70,000 for @Constitution89 and 62,000 for @bpclaimsatty. His Facebook group Dave Shestokas on the Constitution has more than 6,600 members. His two Facebook pages, Constitutionally Speaking and David J. Shestokas, Attorney at Law, have over 4,500 likes. Finally, his Google+ community consists of over 3,200 followers. His social media platform exceeds 351,000.
Mr. Shestokas is a policy advisor for the Heartland Institute, a free market think tank that produces policy papers on a broad range of issues for the public and legislators at all levels of government. Since February, 2018 he has been engaged through Heartland in a weekly podcast dedicated to constitutional education.
Besides his own site he has written for other sites and publications. Most recently he co-authored, You Swore an Oath, published in the May, 2018 issue of Fire Rescue Magazine, distributed to over 75,000 firefighters and firehouses nationwide.
Shestokas is an accomplished public speaker on issues involving the Constitution having presented at The Heartland Institute, Ave Maria University, Florida Gulf Coast University, the Citizens for Liberty in Evansville, IN, the Illinois Council for Social Studies, The Tea Party Patriots, The SWFL Citizens Alliance, The Lee County 9/12 Group, The Lee County Tea Party, and Cape Coral Constitutional Study Group at Diplomat Church. 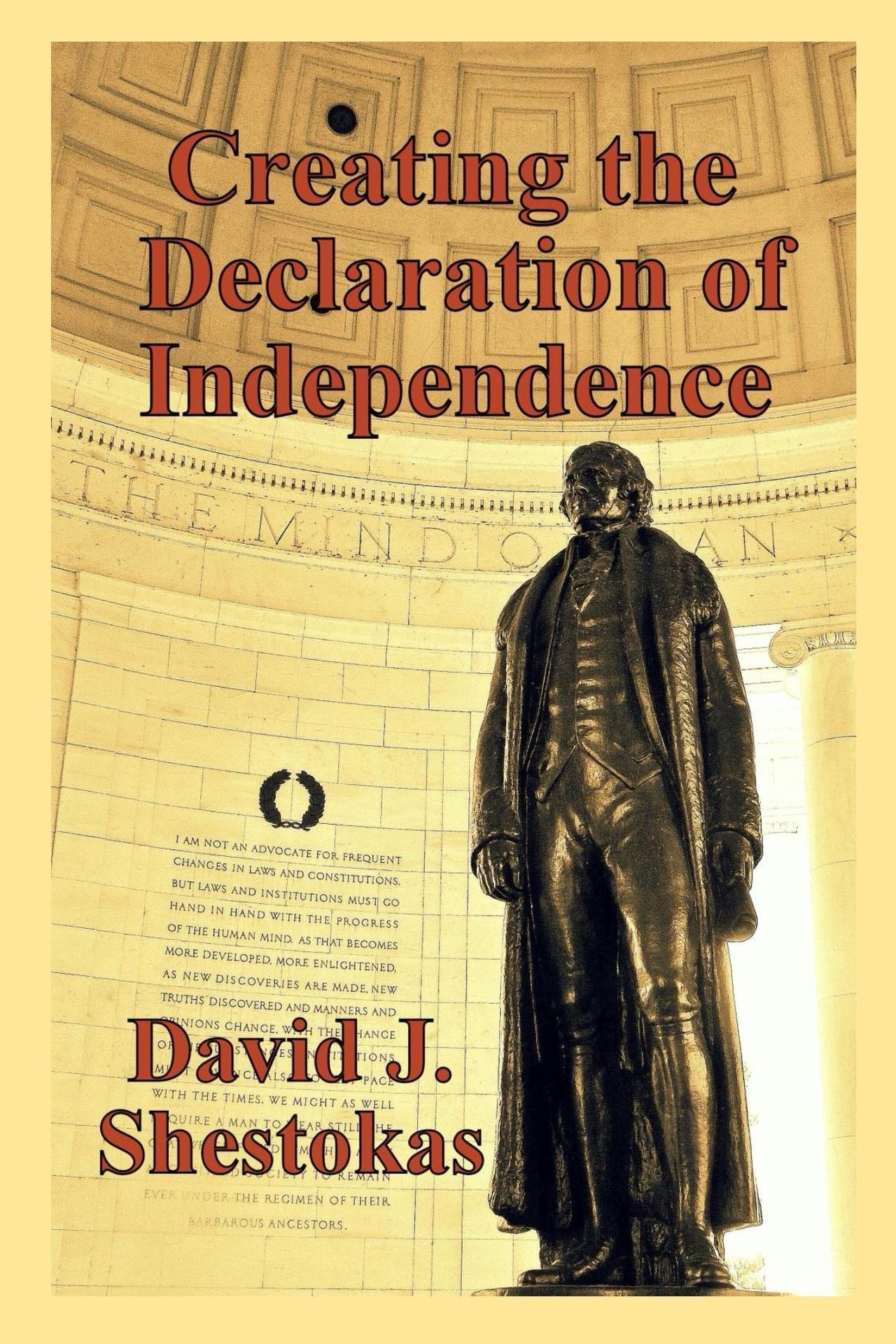 Creating the Declaration of Independence

As the world struggles with violent acts of humanity, America’s founding fathers faced no less reality of such potential extreme punishments for transforming human history by codifying, “All men are created equal”.
The new book, Creating the Declaration of Independence, takes you through the thoughts of the men and the political climate of the day as they forged the bold and barrier breaking document embracing the ‘law of nature and of nature’s God’, as a foundation for self-government.
Announcing the release of his latest book, Constitutional Scholar, David J. Shestokas, said, “Our nation is divided and personal parties have taken over the substance of America’s most notable national celebration, the 4th of July. Overshadowed by parades, barbecues and fireworks, little reflection looks upon the dramas preceding that fateful day. Scant thought is given to the reason for our country and the core event, publication of the Declaration of Independence. Together, our common heritage is the celebration which bridges this divide. This book, speaks to everyone on a personal level to understand it. Learning and sharing about it, perpetuating the immense brilliance of it, brings Americans to a wealth of unity. ”
The 154 page book, unlike any before, covers the period leading up to the publication of the Declaration of Independence. Learn what led Richard Henry Lee to formally propose American independence. Find out how the committee leaned on the man assigned to justify independence to the nations of the world, the soldiers of the Continental Army, and the American people, Thomas Jefferson. Feel like you are sitting with Jefferson as he pens history. Creating the Declaration of Independence provides insight into how they did it, and is available on Amazon.