Bruce D. Haynes is professor of sociology at the University of California, Davis. Haynes studies racial and ethnic relations and urban communities. His work splits into two general research areas: racialized community formation, and race and social identity. Haynes’ work often crosses disciplinary boundaries of American Studies, Community and Urban Sociology, Race and Ethnic Relations, and Jewish Studies while it remains embedded squarely in the traditional historical and qualitative methodologies of Sociology. His publications include The Ghetto: Contemporary Issues and Controversies (Westview Press, 2011), Red Lines, Black Spaces: The Politics of Race and Space in a Black Middle-Class Suburb (Yale University Press 2006), and a co-authored with Syma Solovitch called Down the Up Staircase: Three Generations of a Harlem Family Columbia University Press 2017. Currently, Haynes has an “in press” research project with New York University Press about Black Jews in America. 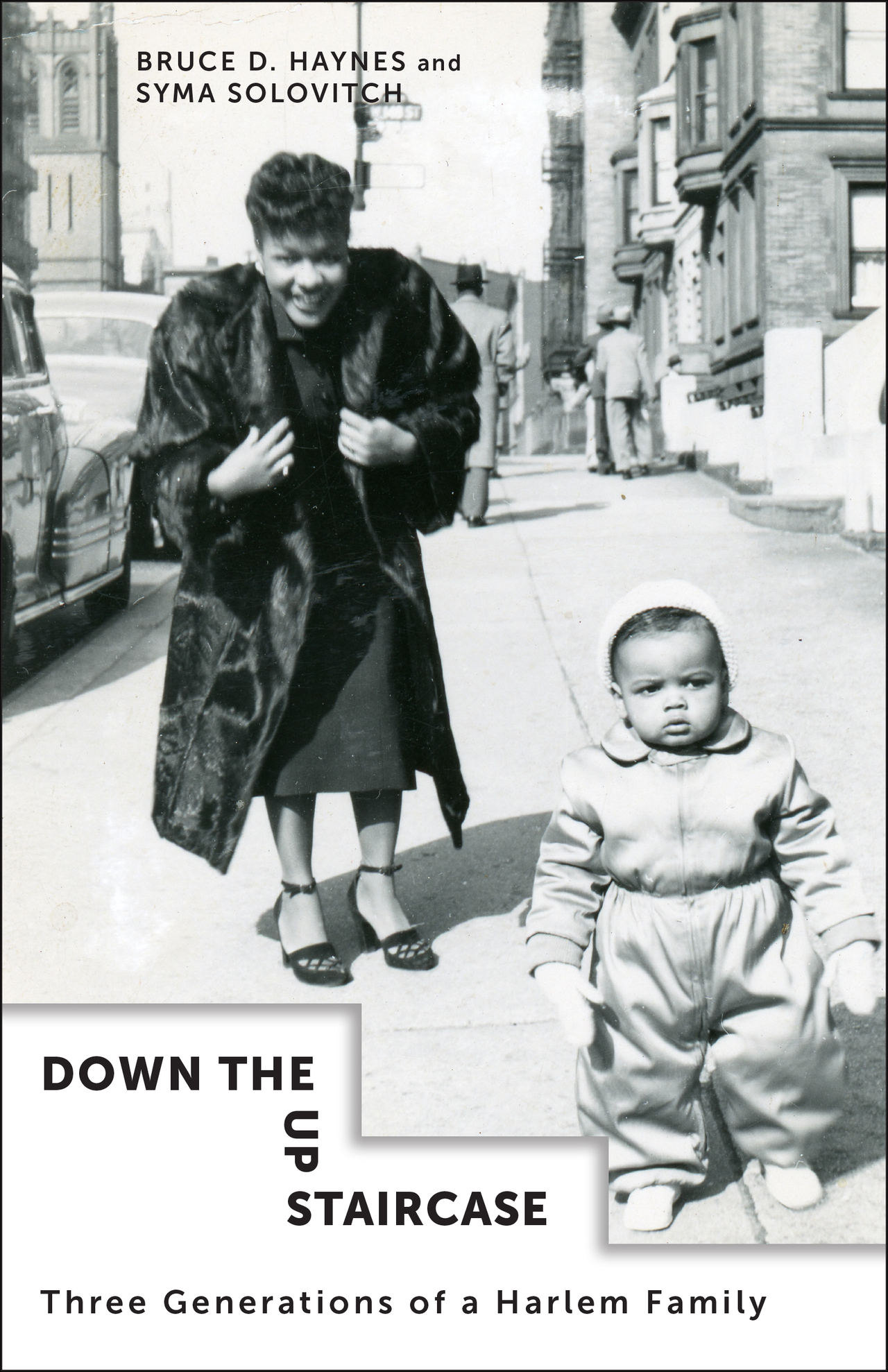 Down the Up Staircase: Three Generations of a Harlem Family

Down the Up Staircase tells the story of one Harlem family across three generations, connecting its journey to the historical and social forces that transformed Harlem over the past century. Bruce D. Haynes and Syma Solovitch capture the tides of change that pushed blacks forward through the twentieth century―the Great Migration, the Harlem Renaissance, the early civil rights victories, the Black Power and Black Arts movements―as well as the many forces that ravaged black communities, including Haynes's own. As an authority on race and urban communities, Haynes brings unique sociological insights to the American mobility saga and the tenuous nature of status and success among the black middle class.

In many ways, Haynes's family defied the odds. All four great-grandparents on his father's side owned land in the South as early as 1880. His grandfather, George Edmund Haynes, was the founder of the National Urban League and a protégé of eminent black sociologist W. E. B. Du Bois; his grandmother, Elizabeth Ross Haynes, was a noted children's author of the Harlem Renaissance and a prominent social scientist. Yet these early advances and gains provided little anchor to the succeeding generations. This story is told against the backdrop of a crumbling three-story brownstone in Sugar Hill that once hosted Harlem Renaissance elites and later became an embodiment of the family's rise and demise. Down the Up Staircase is a stirring portrait of this family, each generation walking a tightrope, one misstep from free fall.