C.F. Villa began his writing career with short stories. His work has appeared in magazines such as The Rejected Quarterly, The Storyteller, America in WWII and anthologized in the book Hell is a Very Small Place (The New Press, February, 2016).
After serving 15 years in solitary confinement, he was released back to the general population at the California Correctional Center.
He is the author of The Looking Girls, A Generation of Dark, and To Whom It May Concern. 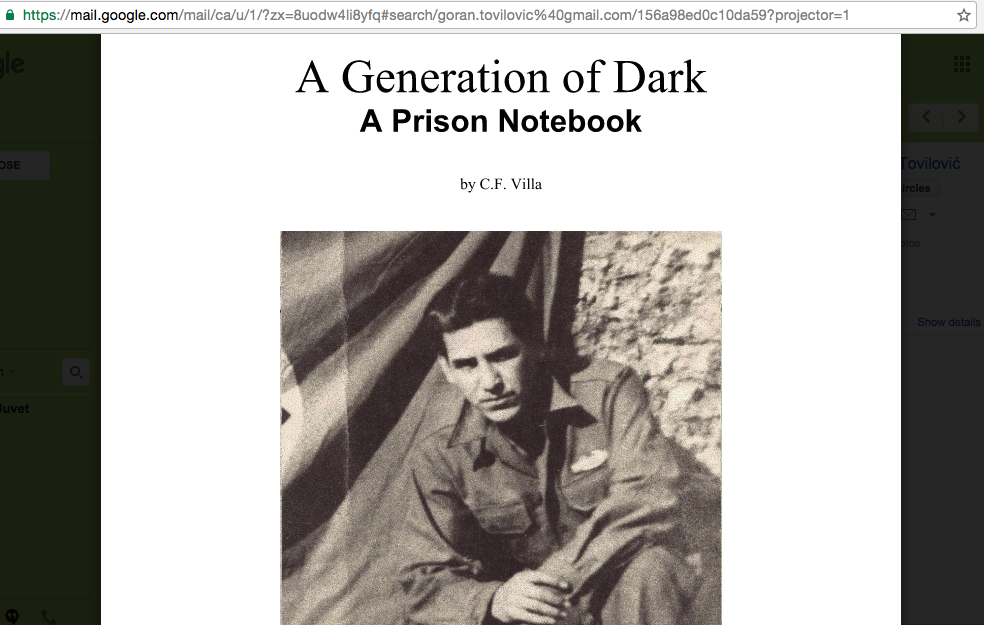 A Generation Of Dark

Poems, prose, and photography interpret this story of loss and acceptance.